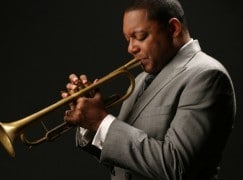 This may be a precedent.

Jazz king Wynton Marsalis has pulled his musicians out of this weekend’s concerts with the Simon Bolivar orchestra in Caracas, citing political differences.

Jazz, he told AP, ‘is a powerful tool to bring people across cultures and geographies together. But it’s important that it’s performed in conditions when the music can be heard. Intentionally or otherwise, if our performances there and the work that we were doing with them there was to become politicized those conditions no longer exist. And that could be harmful to both of our institutions.’

Last week, Venezuelan president Maduro imposed new visa restraints on US citizens. Although Marsalis and his Lincoln Center Jazz Orchestra members were provided with visas, they decided that worsening political and economic conditions in Caracas were not conducive to music.

« Respected Swiss musician gets ripped off by Jay Z