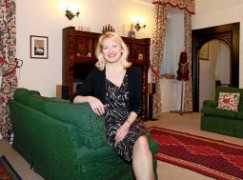 Claire Moreland has sent the following email to staff and students: ‘I am writing to let you know that I will be retiring from Chetham’s School of Music on 31st August 2016 after 17 years as Head. I am sharing my decision with 18 months’ notice in order to liaise with the School Governors as they appoint my successor, and then to work with the new Head to lay the foundations for the next exciting phase for Chetham’s, not least involving our new world-class Concert Hall!

‘It has been a rare privilege to serve as Head of this unique establishment, and I would like to thank everyone sincerely for all the wonderful support I have received throughout my time here, support which has helped me to lead the School through much development and progress.’

Ms Moreland led the school through the period when its former head of music, Michael Brewer, was jailed for sexual assault on a pupil. A head of chorus, Nicholas Smith, was jailed for child abuse. Two more teachers, Malcolm Layfield and Wen Zhou Li, will go on trial in the next few weeks on charges of pupil rape. All the alleged offences took place before Ms Moreland’s headship, but the school’s failure to address past issues until Brewer was convicted raised questions of governance, past and present, about several English music schools.