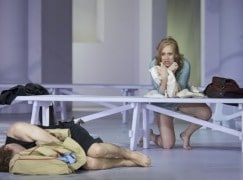 The weekend’s big openings were greeted with all the maturity we have come to expect from elements in the opera audience of Vienna and Berlin, divided as they are between traditionalists and progressives.

There were cries of ‘hooligan’ at the Vienna State Opera’s new production of Elektra, director Uwe Eric Laufenberg. 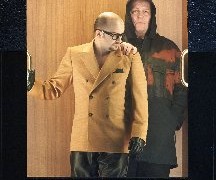 It opened with a group of young women naked in the shower, spattered with blood, and their maids behaving like concentration camp guards (original, huh?)

Berlin’s Parsifal, conducted by Daniel Barenboim, directed by  Dmitri Tcherniakov, was likewise over-endowed with sexual imagery and hints of incest.

Not to mention men with beards. 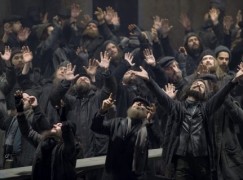 « ‘I play Haydn after a black day’