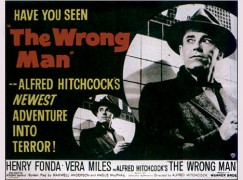 Liliane Covington, who joined the Warner Brothers studio orchestra in 1936, aged 19, has passed away at 98.

She liked to reminisce about composers whose scores she premiered (you can hear her on soundtrack to this day):

Max Steiner was my favorite. He was very sweet, and he really knew how to write for the oboe. I remember he always smoked a big cigar and liked to go to Las Vegas to gamble. When he got older his eyesight began to fail and he used a huge stopwatch when he conducted. I also loved Erich Wolfgang Korngold for his magnificent musicianship — and such a lack of false ego! I don’t know, he just didn’t have the ego a man with his talent should have had. He would play the piano for us, to show us how we should play his music, and he would make it sound like an orchestra! Such a talent! I liked Bernard Herrmann, too. He came to Warner’s for a film [The Wrong Man (1956)], but he usually worked over at Fox. And I liked Bernhard Kaun, who sometimes did ghostwriting for Max Steiner. Kaun wrote an oboe concerto for me, but I can’t find it anymore. Heinz Roemheld was another gifted musician, and he did quite a bit of ghostwriting, too. I also liked working for Daniele Amfitheatrof; he was a very gentle and undemanding composer. (Sighs) And then there was Dimitri Tiomkin.

– Not one of your favorites, I take it.

Well, he didn’t like women very much for one thing. I remember our sound-man, David Forrest, used to go crazy because he [Tiomkin] kept asking us to play softer, softer, softer, until finally the voices wouldn’t come through; and it’s very hard to play that softly on the oboe.

Two German orchestras to merge tomorrow. Who will conduct? »