On the eve of BBC4’s screening of the hyperbolic film claiming that Bach’s late cello suites were written by his wife, an authority on Bach’s compositional processes has taken both the thesis and its Australian author to the cleaners.

Ruth Tatlow, a Stockholm-based musicologist who was research consultant to John Eliot Gardiner during his Bach Pilgrimage, dismisses the ‘sensational claims’ of Martin Jarvis and accuses him, from a feminist perspective, of damaging the reputation of Anna Magdalena. She writes, inter alia:

The idea of Anna Magdalena as a composer appeals to a modern sense of gender equality and to the widespread desire to raise the status of misrepresented women of the past. In recent times many scholars have worked actively and successfully to redress the gender imbalance that is so deeply established in the histories of music. It is undisputed that women throughout the ages have played a vital role in society, often standing behind the success of many a famous male counterpart, yet for various reasons their role has been silenced, whether due to the paucity of surviving documentation or the skewed perspective of the narratives.

It would be wonderful if we knew more about the level of musical accomplishment of the women in Bach’s life, and the extent to which they contributed to Bach’s activities. We know that the Bach household, which included many women, became a veritable cottage industry of copyists during the weekly rhythm of cantata preparations, particularly in the first couple of years in Leipzig. We know about Bach’s male students through school registers at the boys-only St Thomas School, 7 but we do not know much about the education or level of achievement of Bach’s female students, if he had any. Did he teach his daughters? Did he actively help Anna Magdalena to develop her musical skills? Was she able to maintain her singing career in Leipzig? Was she known as Bach’s wife, mother of his children, or as an accomplished woman and musician in her own right?

Those leading the task of rewriting the history of women have a responsibility to do so with integrity. A necessary starting point in such an endeavour is to ensure that any new insight is logical, based on fact and accurately communicated. To do otherwise is a disservice to the cause. Jarvis’s claim that Anna Magdalena and not her husband was the composer of the Cello Suites is a case in point. That the ‘simpler’ Cello Suites are allegedly not up to the ‘complex and intellectually challenging’ musical standard of the Unaccompanied Sonatas and Partitas for Violin forms part of his argument for Anna Magdalena as its composer. Clearly he did not intend to suggest the ‘inferior therefore female’ implication in this argument. 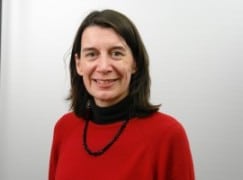 Meanwhile, the composer Sally Beamish, who narrates the dubious film, has retreated from her previous endorsement, saying she is now ‘on the fence’ about Anna Magdalena’s authorship of Bach works.

I just love my conductor »