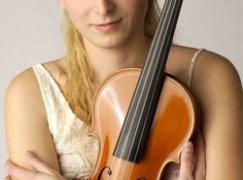 Don’t expect this airline to play fair with your instrument

The general rule with budget airlines is that you get less than you paid for. This latest instalment has an airline telling outright lies to squeeze more money from a travelling musician. 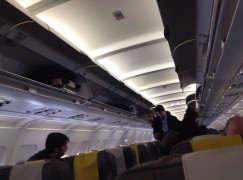 Dear Slipped Disc
I was flying from Paris to Bologna on Vueling on Monday afternoon (online check-in was unavailable), and while trying to check in, I was told by the check in agent that the plane was very small, and that my violin case would not fit in the overhead compartments. I would have to check my violin in as baggage, or buy a second ticket at the last minute. I explained that my husband (a violist) had flown with Vueling without problems before, and that I had never flown on any commercial planes so small that the violin wouldn’t fit. These include small 40-seat planes with 3-per-row seating. I even offered to go onboard, and if there really was no space for the instrument, to fit in the overhead compartment, to purchase another seat.

The gate agent, though appreciative that my instrument (a 1970 Guicciardi) and bows were very expensive, fragile, and irreplaceable, insisted once again that the airplane was small, full, and that there would be no place because the instrument did not fit in overhead compartments. Having no other choice, and not wishing to miss my flight, I purchased a second ticket, checked in, and went onboard.

I was quite surprised that the airplane was a standard Airbus A320-200 (the only model plane that the airline has, they have no small planes whatsoever in their fleet), a large plane with 25 rows of 6-abreast seating and standard sized overhead bins, where there was plenty of space for my instrument. Worse still, while I was told that the airplane was full, it was operating at nowhere near capacity (there were many free rows of seats, as shown in the photos I have attached). I took several photos, and a stewardess came to me, and attempted to make similar excuses about the violin not fitting, which was rather comical, as it was sitting comfortably in the overhead bin at the time. 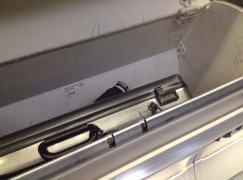 I bought this flight, though I’ve never before flown with Vueling, because it was a Codeshare flight with British Airways, and was cheaper through Vueling’s site than that from British Airways. Sadly, I will not be able to fly BA anymore, as any smaller European route could possibly be served by Vueling instead of British, and subject musicians to the same problems.

I was quite lucky, ultimately, that a second seat was only 120 Euros for this flight, because had the flight been fuller, I can imagine last minute ticket prices could have been 300-500 euros (with their pricing system).

Ultimately, the inconvenience and stress were quite awful because I was lied to repeatedly about the size of the plane, and that it was a “very full” flight by gate and ticketing agents. I was never told that there was a company policy against musical instruments. I also saw golf bags and bicycles as possible “special baggage” when buying my ticket online, but never musical instruments.

If you could post this, I hope that other musicians will be able to avoid the problems, hassle, and near-extortion that I had to go through. Had I been flying with my string quartet, or on a flight that was nowhere near as empty, the costs could have been truly astronomical. I was very lucky that I got home with my instrument intact, though I will never fly with that company again. 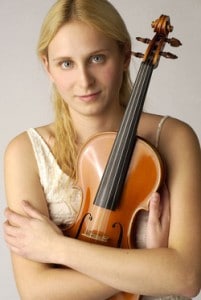