The president of the LA Phil is taking a teaching sabbatical later this year. Who’s gonna drive the Dude while she’s out of town? 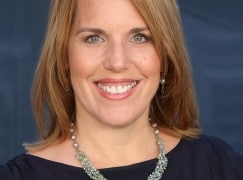 Los Angeles, CA (March 11, 2015) – Los Angeles Philharmonic Association President and CEO Deborah Borda and Music Director Gustavo Dudamel have announced the promotions of Gail Samuel to the position of Executive Director and Chad Smith to the position of Chief Operating Officer, effective immediately. In addition to continuing to oversee Hollywood Bowl operations, jazz, world music, orchestral pops and pop/rock programming by the Association, public relations and community affairs, Samuel will now also oversee marketing and human resources. Samuel will be a key liaison to the County of Los Angeles, and while Borda is on sabbatical in the fall of 2015, Samuel will serve as Acting President and CEO. In Smith’s new post, in addition to continuing to oversee artistic planning and education, he will also supervise the orchestra, operations, concert production, recorded media and the centennial celebration planning.

“As we approach the centennial of the LA Phil it is timely to look to the future and determine how to most effectively deploy the major talents of our administrative leaders for a vibrant institution,” commented Borda. “It gives me great pleasure to recognize two of the brightest stars in the orchestra field today. Both Gail Samuel and Chad Smith have demonstrated track records of significant achievement and creativity. Gustavo and I are delighted to recognize their accomplishments and look forward to the continued accomplishments of our LA Phil team.”

“It’s wonderful to have the opportunity to continue my work and growth at the LA Phil with Gustavo, Deborah, the Board, and my phenomenal colleagues. As a native Angeleno, I couldn’t be prouder of the work being done by this organization and am thrilled to be part of it,” added Samuel.

“The LA Phil has been my creative and professional home for well over a decade,” commented Smith. “As we look ahead to our centennial and beyond, I am thrilled to be a part of this leadership team which will help define what a vibrant, risk-taking orchestral organization can and should be.”

GAIL SAMUEL serves as Executive Director of the Los Angeles Philharmonic Association. In this post, Samuel oversees Hollywood Bowl operations, jazz, world music, orchestral pops and pop/rock programming by the Association, management of the Hollywood Bowl Orchestra, public relations, community affairs, marketing and human resources. Samuel’s tenure at the Los Angeles Philharmonic began 25 years ago when she joined the orchestra operations department of the organization. Over the course of her career she rose through the organization, most recently as Chief Operating Officer. Previous positions include Vice President and General Manager, Philharmonic and Production, managing the orchestra as well as all concert production, touring and media activities.  Prior to coming to the Philharmonic, she held positions with the Minnesota Orchestra, Yale University, Tanglewood Music Festival and the Young Musicians Foundation. Samuel studied violin and earned undergraduate degrees in music and psychology and an MBA from the University of Southern California. She has served on the Board of Councilors for the USC Thornton School of Music since 2009.