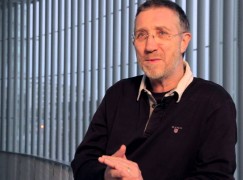 Philip Pickett, founder and leader of several early music ensembles, has been sentenced at the Old Bailey to 11 years for rape and attempted rape of young women students at the Guildhall School of Music in the 1970s and 1980s.

The case has been unreported until this morning, due to restrictions imposed by the judge.

He was convicted of raping a 16 year old girl during a recorder lesson back in 1978. She reported it after the Jimmy Savile scandal broke two years ago. Parents of a 17 year-old he attacked were told by the Guildhall School of Music to consider sending her elsewhere. Police believe there may be more victims who have yet to come forward.

‘In each case there is an aggravating feature that this was a gross abuse of process,’ Judge Charles Wilde told Pickett.

‘You were their teacher. To a degree, they were in awe of you, especially the schoolgirls. There is the location of the offences – in the practise rooms at the Guildhall School of Music.’

One victim, 16 years at the time, came to the Guildhall School of Music and Drama in 1978 as a sixth form student to learn the recorder with Pickett. During a lesson Pickett asked her to take her top off, suggesting she needed to work on her breathing. He then ordered her to lie on the floor before indecently assaulting her. During a lesson the following week she was raped by Pickett.

The judge’s sentence is almost twice as long as the six years handed to director of music Mike Brewer for offences that occurred while he was at Chetham’s School of Music and the Royal Northern College of Music.

Pickett has been a leading figure in early music performance and the music industry. More here.

But Judge Wide rejected it, saying the defendant had his “head in the sand” and carried on as if nothing had happened.

Editorial: A rapist at the heart of London’s music world »