The Passenger is taking flight

When David Pountney staged Mieczyslaw Weinberg’s opera in London almost four years ago, almost all the daily newspaper critics scorned it. Since then, the opera has grown and grown, in performances in German, Houston and New York.

On Tuesday, it reaches Chicago.

David Pountney’s production has been blighted by two tragic deaths – of its designer, Johan Engels, and of the critic and broadcaster Andrew Patner, who was one of its most passionate advocates. Watch Andrew preview The Passenger, together with Lyric Opera chief Anthony Freud (below), and try at all costs to see the opera. 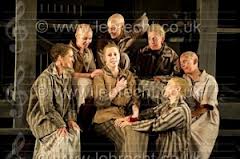