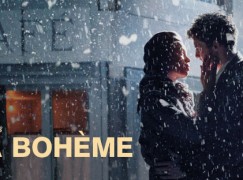 Or…. has opera lost its grip in Britain?

Charlotte Higgins, in a thoughtful analysis of the ENO crisis this morning, suggests the artform itself might be the problem:

Opera just does not feel as if it is the artform that speaks most urgently to British audiences at the moment. Spend a night in the Coliseum and then go to the Young Vic in London, or to a National Theatre of Scotland or Wales show. One can feel it: there’s an air of inquiry, challenge and excitement around British theatre that seems absent from opera.

She may well be right. But no company has done more than ENO to infuse opera with the brightest talents from British theatre and film. If opera is to regain an extraneous frisson – one unconnected to the thrill of great singing and total music theatre immersion – it is more like to happen at the Coliseum than in any other house in the land.

« Peter Jonas: ENO must live. The Arts Council should die.

This doll’s just crazy about Tchaikovsky »