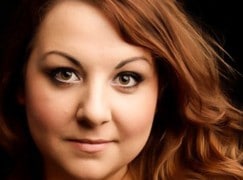 No English competitor at Cardiff Singer of the World

The BBC has announced 20 contestants for this summer’s televised singathon.

Among them are three South Koreans, three Americans, two from Belarus and one each for a dozen other nations.

A Swansea soprano, Céline Forrest, is included by virtue of winning the Welsh Singers Competition.

No contestant made the cut from any other part of the United Kingdom at eight international auditions.

Imagine the Tchaikovsky Competition without Russians?

« China’s piano king is out for six months

Maxim Shostakovich: Why I returned to Russia »