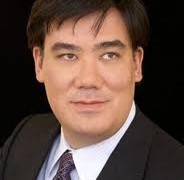 Alan Gilbert will step down in mid-2017, after eight years in the job. The official release says he has timed his departure to coincide with the renovation of Lincoln Center, allowing the next chief to start in 2019 with a clean sheet.

Gilbert has brightened up the NY Phil’s repertoire, maintained high playing standards and formed strong relationships across the music world, especially in China. Critics fault him for a lack of sparkling finish – for the gloss that only great charisma can bring. But he was by no means  lacklustre, and he will be remembered more fondly than one or two of his recent predecessors. Matthew Van Besien, the orch’s president, has told leading supporters that ‘Alan has changed the orchestra’s DNA’.

A bold claim, but who’s next?

Berlin will expect to claim the most desirable conducting scalp in May. Will that leave New York scrabbling for seconds?

« Must-read: What every singing student needs to know