Swedish Radio reports that the Finnish conductor Hannu Koivula has been paid a million crowns ($119,000) over the past year, while not conducting a single concert in Jönköping.

Koivula was dismissed last January after what are described as ‘personnel conflicts’. He challenged the dismissal as unfair and the adjudication is working its way through the system. Meantime, he gets paid – and so do the other conductors who are brought in to replace him. 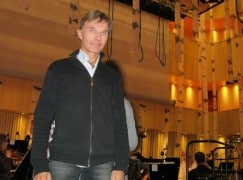