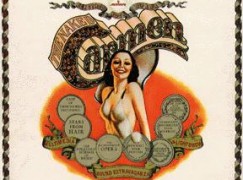 The soprano Anita Darian, who was cast by Bernstein in Fidelio for a CBS-TV performance from Lincoln Center on Beethoven’s 150th anniversary, has died at the age of 87.

Endowed with a four-octave range, Anita achieved greatest exposure with her (anonymous) swooping vocals on the global hit ‘Wimaweh – The Lion Sleeps Tonight’.

Born Anita Esgandarian in Detroit on April 26, 1927, of Armenian parents, she studied at Curtis and Juilliard and sang in numerous roles on Broadway and at City Opera, notably in The King and I and The Student Prince. She went on to record John Corigliano’s esoteric rock opera, The Naked Carmen. 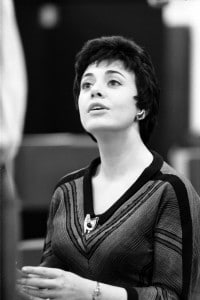 Our condolences to her life partner, Lynda Wells.

« Is there a centaur in the house?

Death of a Rubinstein protégé, aged 64 »