Kalman the second is gone

Charles Kálmán, an operetta less feted than his father Emmerich, has died in Munich, aged 85.

He cmpleted his father’s las musical, Arizona Lady, in 1954 and has sme further success with a show called Quasimodo. Ute Lemper has recorded several of his songs. 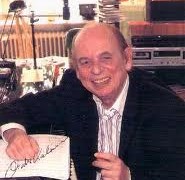