Ireland in uproar over nude Salome

Northern Ireland Opera has sent out an email to people who have bought tickets to its forthcoming Richard Strauss opera, advising them of a late change in the production: ‘The dancer playing Salome will now appear nude for the last 10 seconds of the Dance’.

NI Opera added: ‘This change represents Salome in an image of stark vulnerability. We believe it adds significantly to the artistic value of the performance.’

Clergy are leading a thunder of protest. The Rev David McIlveen said: ‘The attempt by the production team to sensualise the story through the inclusion of a nudity scene is in my view designed to deflect the minds of the audience away from a most solemn truth.’ 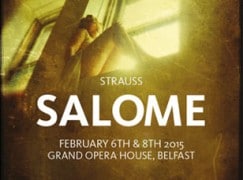