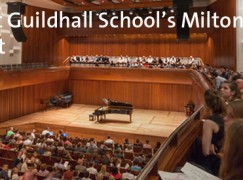 A Telegraph commentary by anti-abuse campaigner Ian Pace in response to the rape conviction of Philip Pickett ought to provoke a bout of soul-searching at England’s ‘elite’ music schools and conservatories.

Ought to, but probably won’t. The response to past crimes at Chetham’s and the RNCM in Manchester, resulting in the conviction of Mike Brewer and several further arrests, resulted in a battening down of hatches. Nobody in the governance of those schools at the time was called to account for turning a blind eye to what many students described as a predatory culture. Simmering trouble at the Purcell School, where a head was dismissed for improper activities, were swept similarly under the carpet. The cover-up persists.

The Guildhall, where Pickett taught, has expressed regrets and cooperated with police without offering substantive proof that student safety is now paramount to its current practice.

At Juilliard in New York last month, one student’s complaint against a piano professor, resulted (as we reported) in his immediate suspension That has yet to happen in an English music school. Until it does, we cannot believe that the culture has changed.

« The low-down: Mehta is being shuttled by private jet between San Carlo and La Scala