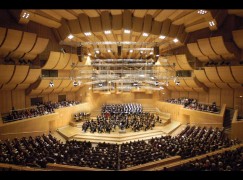 Breaking: Munich will not get new concert hall – and that’s final

Years of persuasion and deliberation ended today in total defeat.

Instead, the 30 year-old Philharmonie am Gasteig, a sonically ghastly hall that was hated by musicians from the day it opened, will be gutted and refitted to produce an ‘acoustically perfect’ hall. Yep, Ghastly rules.

Mariss Jansons, who was promised a new hall for the Bavarian Radio orchestra, will be personally gutted. The decision may well accelerate his departure from Munich.

« The first surprise hit of the year

Is there a centaur in the house? »