When he fled to Milan from the Salzburg Festival, Alexander Pereira was placed on probation for a year, after revelations that he had prettied up the Salzburg accounts through production sales to La Scala. Pereira’s term was due to end in December 2015.

This morning (we hear), without warning, the board of La Scala handed him an extra five years. The reason given was that his first months in office have restored the board’s confidence in his judgement. 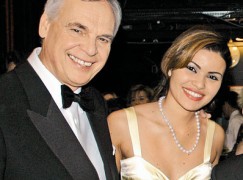