It is being reported that a budget has been agreed for 2015/16, carried over the opposition of mainstream parties by the former political wing of the Provisional IRA.

It is further leaked that ‘the executive is to give several million pounds to Department for Regional Development for street lighting and also money to help save Ulster Orchestra in the January monitoring round.’

It is to be urgently hoped that they do not allocate the money to an unchanged board. 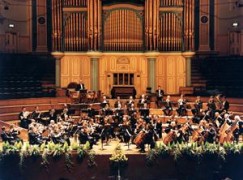 UPDATE: But it looks like they will. See here.