Opera company ‘appears to be dead’

Calls to Opera Zuid in Maastricht have gone unanswered all week. Likewise emails.

The Dutch company, which stages two touring productions a year, lost its financial director at the end of December. Much of its subsidy has been cut. The general director, Miranda van Kralingen, has her work cut out to keep the shows on the road.

Many in the business fear that Opera Zuid cannot survive. A plan to merge it with the successful Reiseoper has been resisted, thus far. 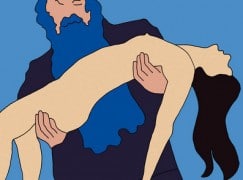