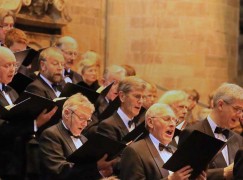 My gift – or curse – of perfect pitch

David Stevens shares with many others the ability to identify any note by ear, and the inability to ensure anything that sounds off-pitch. Perect pitch is the subject of current research. We asked David to describe it from the inside.

It is the 1950s. I am seven years old and have just started to have private piano lessons with a local piano teacher. Whether my parents somehow saw evidence of musicality in me or whether piano lessons for their offspring was what many middle-class parents aspired to, I cannot now say.

Quite early on I became aware that I could somehow identify an individual note on the piano by its pitch. Not knowing what to make of this I once invited my mother to come and sit at the keyboard while I left the room, shut the door and went into the hall. “Just play me any note you like,” I shouted through to her “and I’ll come in and show you which one you touched.” To her astonishment and surprise I was able to go straight to the note she had played and play it too. We repeated the experiment a few more times, with different notes, just to establish that I wasn’t somehow pulling the wool over her eyes. She must have regarded it as some kind of musical sorcery, although we never actually discussed it at length. Of course neither of us knew what to make of this curious aptitude. I know now that it was evidence of the possession of a kind of perfect pitch. Although I went on to do music A-level and to read music at university I don’t recall the topic of perfect pitch ever being discussed.

I have sung in amateur choirs from my student days but it was not until I took part in a performance of the Bach B Minor Mass in 1983 that I came to question the desirability of having a degree of perfect pitch. The so-called early music revival was in full swing at that time and as soon the rehearsal started I realized that this performance of Bach’s masterpiece was, to my ears, in Bb minor. I was going to have to mentally transpose every note down by a semitone. In such complex, often chromatic and swiftly-moving music, the concentration involved in transposing was overbearing. I hadn’t (and still haven’t) developed the ability to transpose whole phrases into a new key – each note was having to be processed separately.

Since then I have tried to avoid performing in concerts where I know that the music will be played at so-called baroque pitch. I have taken part in workshops of Renaissance music where the music has been at a lower pitch but I have somehow been able to cope with the simpler textures, a more limited intervallic range and more straightforward rhythms. Today,

I find that “my” perfect pitch – never truly perfect, anyway – has deteriorated somewhat.

I sometimes test myself by singing the opening note of a piece, whose key I know, and which is about to be played on the radio. I am often close to the opening note, but not always close enough – usually I’m slightly lower.

However, my perfect pitch is still sufficiently intact accurately to identify the keys of most pieces of “classical” music which I hear, even of works I have never heard before, and the knack can be useful when trying to identify excerpts of music played in the weekday morning Brain Teaser slot on Radio 3’s Essential Classics, especially the one in which the music is played backwards. On the whole I am pleased to have such a faculty, but there are occasions when it is a curse rather than a blessing. 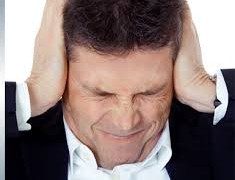 « A song for the late Anita Ekberg

The orchestra of the future is 52% female »