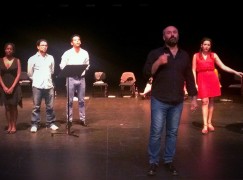 The Palau de les Arts has a new artistic director.

He is Davide Livermore, who hails originally (according to his Facebook page) from Torino, Illinois. After a short singing career, he has worked internationally as an opera director. Since 2002 he has been head of the Teatro Baretti in Torino, Italy.

His is an internal promotion. Livermore is artistic director of the Centro de Perfeccionamiento Plácido Domingo at the Palau de les Arts.

He replaces Helga Schmidt, who was fired earlier this week after being arrested in a corruption investigation, which she strongly contests.