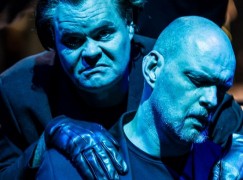 The Leeds-based national opera company will perform a series of six full cycles of the operas which make up Wagner’s marathon four-part masterpiece: Das Rheingold, Die Walküre, Siegfried and Götterdämmerung.

Previously staged in annual instalments between 2011 and 2014 and performed to sell-out crowds, the Ring has seen Opera North’s music director Richard Farnes become a leading interpreter of Wagner’s epic scores. He will conduct all six cycles of the Ring in 2016, performances which will mark the end of his 12 year tenure as the Company’s music director.

« The greatest teacher, ‘her face became the face of Beethoven’

Curtis ‘besties’ clean up in Singapore »