The flight from IMG Artists is starting to look like a panic rush.

Last night, ex-IMG vice-president Charlotte Lee launched her own firm. She is taking with her Itzhak Perlman, Nicky Benedetti and several other artists. Lee, 38, is the latest boutique spinoff from the disintegrating, fraudster-owned mega-agency. 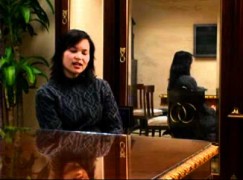 The lose of Perlman is a crushing blow to an agency that aspired to prestige and world leadership. Perlman was the first superstar to join the start-up 25 years ago. Although no longer a huge earner, he added cachet to the brand.  ‘Symbolically, as well as financially, Perlman’s departure is huge,’ comments one insider. Without Itzhak, IMG will struggle to sign new string players.

Statement by Charlotte: Lee’s vision for Primo Artists is to set it apart through its personalized approach and unparalleled working relationships within the music industry. With its selective roster of some of the world’s finest classical artists, from rising stars to household names, and ideals based on exceptional service, strategic vision and expertise, Primo Artists is established to become one of the leading artist management agencies in North America. www.primoartists.com 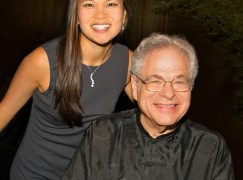