David Lai, who took over as agent for one of IMG’s biggest earners after Elizabeth Sobol moved to Universal, has left the company of his own volition. We hear others are heading the same way.

Meanwhile, a directive is doing the rounds suggesting that agents should work at home to save headquarters costs.

Some day, this will make a good musical. 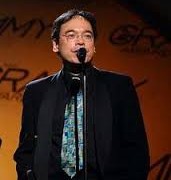