How to make Yannick crack up

Nick Canellakis is back on our screens, this time with the music director of the Philadelphia Orchestra, Brannick Never-Saydie (is that close?). 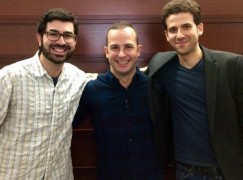