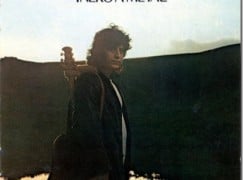 Pino Daniele, one of the first Italian singer-songwriters to embrace other cultures, died of a heart attack this weekend.

A neapolitan guitarist, he played in 197s bands before releasing Terra mia (my country), which crossed tarantella rhythms with blues and rhumba. He followed it with Nero a metà (half-black), an important early marker in Italy’s engagement with multiculturalism.

He worked with Bob Marley, Richie Havens and a range of Arab and African musicians.

« Orch to city: No subsidy? No more concerts, starting now

Jonas Kaufmann: ‘The trouble with Anna was, the director didn’t speak English’ »