Gergiev’s protégée shall go to the ball

The latest rising star of the Mariinsky Theatre will sing at both the Dresden Semperoper Ball on 30 January and at the Vienna Staatsoper Ball on 12 February 2015. Both balls will be broadcast live on TV to audiences across Europe.

Garifullina, who signed a Decca contract in London yesterday, has not been roped in to support Vladimir Putin’s policies – not yet, at any rate.

Of Tatar origin, she made her Mariinsky debut in January 2013 as Susanna in Le Nozze di Figaro and went on to win Domingo’s Operalia later that year. We wish her every success. 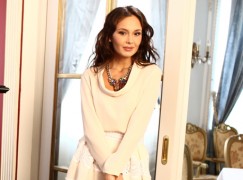