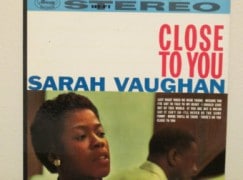 Death of a major label founder

Irwin Steinberg, whose death was reported today, founded Mercury Records in 1945 together with Irving Green in Chicago. Green’s family owned a plastic plant that supplied the vinyl for their records. Steinberg was a super salesman.

The label was soon a leader in r&b, jazz and country. Quincy Jones joined as an a&r man. A classical division, founded in 1951, was revered for the clarity of its sound.

In 1963, Mercury was sold to the Dutch firm Philips, later PolyGram, now Universal.

Irwin Steinberg served as US CEO of Polygram Records for the next 30 years. He was a quiet player in a gaudy world, mostly seen at signings (3rd right, below). He died at 94. 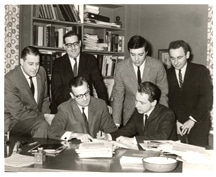 Orch to city: No subsidy? No more concerts, starting now »