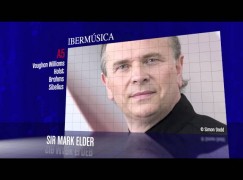 Ibermusica, the premier Spanish concerts organisation, has disclosed a one million Euro deficit. The family company, which has brought the world’s great orchestras and artists to Spain since 1971, has taken a devastating hit since the Euro debt crash.

‘Until four years ago the season was always sold through subscriptions,’ says the company’s founder, Alfonso Aijón, 83. ‘We reached 4,800 subscribers and had a waiting list. People renewed automatically. But this year we have dropped one-eighth, a hole of nearly one million Euros.’

Read here, and fear. Ibermusica is a vital part of the global  music economy.