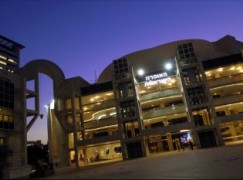 The French conductor Frédéric Chaslin, music director of the Jerusalem Symphony Orchestra, pulled out of last night’s performance of La Rondine in Tel Aviv after the company management refused to let him speak in memory of the victims of the Paris massacres.

Chaslin said he had intended to speak for thirty seconds and perform the national anthem, Hatikvah.

He had been dened that right on the grounds that ‘It would upset our audience’ and ‘It is against the management”s policies’. So he walked out.

He tells Slipped Disc: ‘The Tel Aviv Opera did not allow me to speak 30 seconds yesterday at the opera in homage to my French friends and citizens, including the 5 victims of the kasher store.’

Haaretz newspaper (in Hebrew) front-pages the story this morning.

Chaslin is quite right to be angry. This is not a major diplomatic incident, but a petty, stupid act of insensitivity and mismanagement at a company that veers from the despotic to the chaotic. Israel Opera desperately needs a change at the top.

Chaslin is conducting a homage to the victims with his own orchestra today. 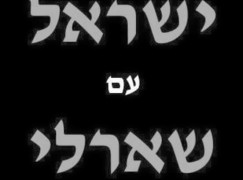 « Joan Baez on the Paris attacks: I ask permission…