The death has been announced of James D. Ireland III,  president of the Cleveland Orchestra from 2002 to 2008 and a continuing force as fundraiser and adviser. ‘It is exceptionally rare to find someone who has loved The Cleveland Orchestra so deeply and who has served this Orchestra and this community so effectively as Jamie Ireland, said Dennis W. LaBarre, his successor as board president, in a previous tribute. Mr Ireland attended is first Cleveland concert at seven years old and never stopped coming back. 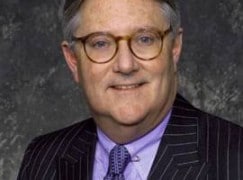