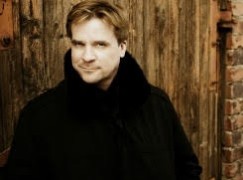 Canada’s NAC takes on another maestro

The Storgårds appointment is a three-year contract. The orchestra musicians and administration are all smiles.

Storgårds made his conducting debut with the NAC Orchestra in 2013 with an all-Finnish program to great acclaim, and last year shaped and conducted the orchestra’s performance of Beethoven’s Symphony No 8.

« At this airport they make you sing and dance