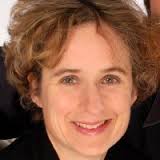 The Sydney Morning Herald, Australia’s most respected newspaper, has given a kicking to Lyndon Terracini, the ‘outspoken and polarising’ artistic director of Opera Australia who (as we reported) has effectively banned two leading critics from performances.

Harriet Cunningham, the SMH chief reviewer (pictured), was told she would not receive review tickets, while Diana Simmonds of StageNoise was taken off the media list altogether, denying her access to production information.

The SMH has avoided responding in kind with a boycott of Opera Australia. Instead: ‘The Herald’s position is that the paper will not have our critics chosen for us by companies, and Cunningham, whether with a comp ticket or one that the Herald purchases, will review Faust for our readers.’ More here.

« Maestro and concertmaster announce their engagement

Social and personal: Mezzo has baby »