Allies of the ousted chief executive of the Seoul Philharmonic are stirring up the Seoul media against the music director Myung Whun Chung.

Chung is being accused of using official plane seats for his family over the past ten years and has been ordered to pay back $12,000. This sounds more like a mishap than a crime but sections of the press are claiming he could go to jail. It appears to be a witch hunt against the conductor, orchestrated by his exCEO.

1230 The Met intends to go ahead with Iolanta and Bluebeard’s Castle Monday night, but says keep checking the website,  www.metopera.org.

We’ll update as we hear more. 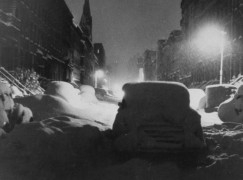 pictured: Manhattan in blizzard of 1947

IMPORTANT UPDATE:  The mayor of New York had just announced no non-emergency vehicles on the street after 11pm. The Iolanta double bill starts at 8 and is listed as 3 hours 15 minutes. The Met is still saying “Tonight’s Performance will Proceed as Planned”.Prepare to sleep in the lobbies.

the Voxare String Quartet/ Ian Shafer concert tonight at Weill Hall at Carnegie has been postponed because of weather.

TOMORROW: Due to inclement weather, “Sherrill Milnes@80” at The National Opera Center has been postponed to Wednesday, February 25. Same time, same network. All those who registered for tomorrow evening’s event will be contacted shortly by OPERA America. More details here: http://bit.ly/15CxJXh

Please note that despite the snow, all performances this weekend are scheduled to take place as planned. If you are unable to attend due to weather conditions, please get in touch with us at your earliest convenience by calling 212-362-6000. Our call center is open Monday through Saturday from 10 am to 8 pm ET and Sunday from noon to 6 pm ET. Please be aware that we are experiencing increased call volume at the moment; if you cannot get through, please try again at a later date. Thank you.

Due to the road closures and likely cancellation of public transportation because of tonight’s adverse weather conditions, this evening’s performance of IOLANTA/BLUEBEARD’S CASTLE has been cancelled. Audience members will be contacted and offered refunds or alternative performances.

The performance on Thursday, January 29 will now be the production premiere of our new staging of Iolanta/Bluebeard’s Castle.

That’s all, folks. The lights go out on Broadway.

Andrea Meláth & Bálint Szabó have unfortunately had to withdraw from tomorrow night’s performance @southbankcentre due to ill-health, tweets the RPO.

We’re enormously grateful to Ildikó Komlósi & Willard White for taking over their roles at such short notice.

Not a bad swap. Dutoit conducts.

Who, of right mind, would reduce a Shostakovich symphony to three solo instruments and percussion and expect the result to be musical?

Kolja Blacher, that’s who. His new release is my Album of the Week on sinfinimusic.com. Absolutely arresting. Click here. 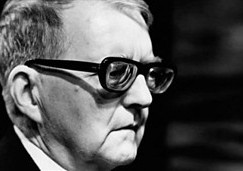 Joan Hinde’s earliest fame came with a BBC performance of the Haydn trumpet concerto, never broadcast before by a woman.

She went on to make her name in light entertainment, and boy could she play.

Joan has died, aged 81, in Chichester (credit: The Obit Patrol). 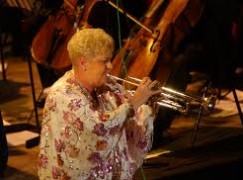 We had assurances that the first Boris Goldstein violin competition, organised in his own teacher’s memory by the virtuoso teacher Zakhar Bron, would be entirely clean and transparent.

Nine of the 14 finalists are Bron students.

Additionally, although Ida Haendel is listed as one of the judges we’ve heard from her that she was never invited. How transparent is that?

This is the latest graphic provocation from the anti-Putin group that is picketing Valery Gergiev’s tour of the US. 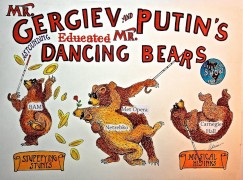 There were further protests in Michigan this weekend.

Anti-Gergiev and Netrebko demonstrations are expected tonight at the Met.

UPDATE: We’ve just heard the demo has been postponed due to anticipated blizzards.

The vastly popular Greek singer Demis Roussos died in Athens on election day. He was 68. His record sales exceeded 60 million. 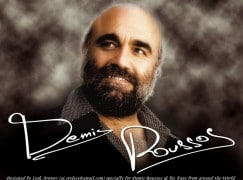 When Helga Rabl-Stadler became president of the Salzburg Festival, Nikolaus Harnoncourt walked out.

But not Helga. Entering office 20 years ago today (she had previously run the Salzburg chamber of commerce), she has clung on through thick and thin, progressive regimes and laughably mediocre, for longer than anyone in charge at the festival since the late Herbert von Karajan.

Join us in raising a flute of Sekt tonight to Durability Helga, the Salzburg battery that never runs out. 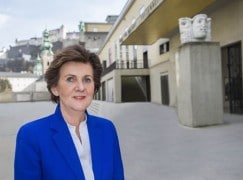 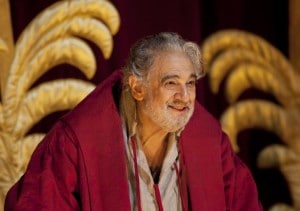 It must be curtains for Domingo. They’re coming to take him away. 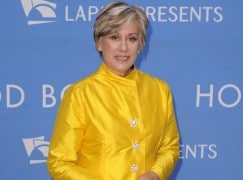 The sisters Sarah and Deborah Nemtanu play Bach and Schnittke doubles on their new release. 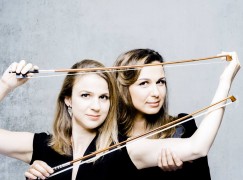 The photographer would like us to know they can now afford two bows. It’s an angle…