In the course of discussing the Death of Klinghoffer controversy in this month’s Standpoint magazine, I found myself drawn to a fundamental question on the function and purpose of opera:

Not since Auber’s La Muette de Portici fomented Belgian revolution in 1830 and Verdi’s Nabucco defined Italian nationalism in 1842 has an opera provoked political violence. Opera is not that kind of art. If its impact was exhortative, our ancestors would have rushed out and raped their sisters after seeing Wagner’s Ring.

What, then, is the purpose of opera in 2014? To make us think, to make us feel (not necessarily in that order). Perhaps the saddest aspect of the Met hoo-hah was its want of new thinking or true feeling.

Results of the Semi-Final round (candidates selected for the Finals)

‘The musicians have been telling me they’re extraordinarily uncomfortable with the work environment, and they feel at times like they’re being browbeaten excessively in rehearsals by the music director,’ says Ken Krause, president of the Dallas-Fort Worth Professional Musicians Association.

Jaap admits he can be ‘abrasive’.

Alizadeh, 63, a three-times Grammy winner, said it was his principle not to accept titles. ‘The art-loving people and my dear compatriots have bestowed upon me the highest honour many times,’ he said.

In a pre-New Year’s attempt to deflect criticism of their anti-feminism and racism, the Vienna Philharmonic have issued seven pictures of last week’s audition, accompanied by explanatory texts. It breaches 170 years of secrecy but does not clarify much (see below). Official text in italics.

Auditions take place at the Gustav Mahler Hall (usually one of the largest intermission halls at the Wiener Staatsoper), which has remarkably good acoustics.

The jury consists of 25 members of the orchestra: two of four concertmasters, the principals, the VPO chairman and managing director, five musicians of the relevant orchestra section, two staff council members from the Vienna State Opera Orchestra, and a representative of the Vienna State Opera’s management.

The candidates draw a number right before the audition and play at random order.

The candidates will be evaluated on a scale of 2 to 20 points. When a certain average is reached, the candidate goes to the next round. At least the final round will be played without the curtain. Frankly speaking, if the best candidate’s level is not adequate, the jury can determine that the audition was unsuccessful – as it was the case this week.

A few guests may experience the auditions behind the jury to see how incredibly difficult auditions are for everyone involved.

Do not be fooled by this splendid PR excercise. The final selection is without a screen, enabling old prejudices to be asserted. No new members were selected this week. We wonder how many of the candidates were women and non-Europeans.

They are circulating this new image of Cecilia Bartoli, taken on Friday after she signed on to be head of the Whitsun Festival until 2021.

The Good Book says it is not good for a man to be alone. 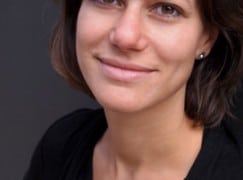 The recently separated tenor has been seen out and about with Christiane Lutz, a young opera director working mainly at Graz and Lübeck. She has a Handel Rinaldo opening this week at the Theater an der Wien.

Eat your heart out, Madonna.

There’s a new biography of Lennie in Yale’s Jewish Lives series. What is the point of applying ethnic and national categories?

I take issue with the author’s subtitle in a review for the JC. Read it here.

Delighted to see that our composer focus at King’s Place tomorrow has made the Manhattan breakfast table. Click here for the article, here to join us for a Sunday of surprises with a cabaret finish.

T2 Entertainment, which took on many small labels in the Low Countries after Codaex went out of business 13 months ago, has followed its predecessor into oblivion.

The crash leaves a welter of labels without distribution in the crucial pre-Christmas month. Classical Music magazine reports that ex-EMI vet Theo Lap is trying to set up a new distribution  network on behalf of Brilliant Classics, one of the principal victims.

Lap’s own reissue label, Newton Classics, has bitten the dust. 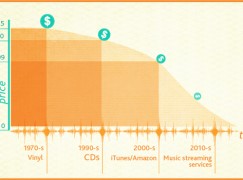 Then a weeklong Russian tour and on to Italy. He does not get a night off until December 16.

What kind of music can those audiences expect?

The Financial Times reports that George Osborne is hinting at tax breaks for British orchestras in his forthcoming autumn statement.

The sector complains its public funding has dropped 14 percent in four years and musicians pay has fallen behind inflation. One orch, in Ulster, could go out of business this month.

No details yet, but it looks like a first pre-election gesture from the Tory government to the arts. 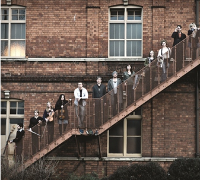