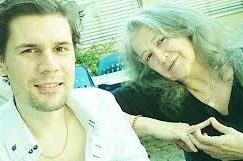 The unreportable end of Christopher Falzone

Four months ago, we were asked by two musicians to publish the case of a gifted young pianist who was being hospitalised against his will. The young man was supported by the warm-hearted Martha Argerich, among others. His parents and his wife appeared to be on opposing sides. Despite appeals from several musicians, the court appointed a guardian to act on the young man’s behalf.

In matters of an individual’s health, whether physical or mental, media coverage is invariably harmful. When a court order has been issued, there are further hazards and constraints. For these and other reasons, we decided against reporting the case.

This Tuesday (we are told by one of his friends), Christopher Falzone jumped from the tenth floor of a hospital in Geneva. He was 29.

« An iconic music photographer has snapped his last

At last, Ireland has a national opera house »