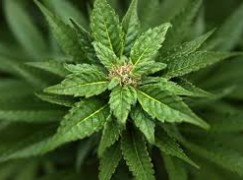 Does pot improve the sound of classical music?

Only one place to find out. In Colorado, where the symphony orchestra does invitation-only pot concerts.

Tonight I’m going to Red Rocks Amphitheatre near Denver to see the Colorado Symphony Orchestra’s end of summer concert. Normally that wouldn’t require a visit to a pot dispensary beforehand, but this show is the symphony’s first public performance in partnership with the cannabis industry, which ponied up nearly $130,000 to sponsor the Symphony’s “Classically Cannabis” series….

The symphony’s CEO Jerry Kern has teamed up with Big Marijuana to help save a sinking ship.

When the 77-year-old ex-lawyer and Playboy CEO took charge of the Colorado Symphony in 2011, the symphony was nearly bankrupt and $1.2 million in debt.