The mezzo has been telling Corriere della Sera why she keeps raiding old archives for something to sing.

I’ve always enjoyed research, try­ing to find for­got­ten music to enlarge the rep­er­toire, being that con­tem­por­ary com­posers can’t seem to write for opera sing­ers like me. It would be won­der­ful to work with a com­poser writ­ing for just for us. Moz­art wrote his operas know­ing the voices of the sing­ers who would inter­pret the roles. Today, it’s no longer like that: atonal music cre­ates a bar­rier between com­poser and singer, so in order to find new music to sing I have to search in the past. 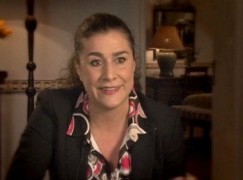