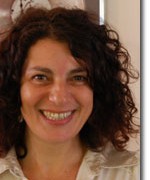 Can Ulster save its orchestra? That’s not a musical question

The first law of British journalism is: never touch Northern Ireland. It has a logic all its own.

So when reports began to filter out that the Ulster Orchestra has a matter of weeks before it runs out of cash, we put fingers in our ears and went la-la-la, expecting the hubbub to die down as it usually does. Except this time, it won’t. This time, it’s for real.

An internal document smuggled out to Slipped Disc reveals that the orchestra’s current deficit of half a million pounds is roughly equivalent to its total reserves, which have been run down heavily.

Two chief executives have come and gone in as many years, each with a handsome pay-off. The last one was the head of music at the local Arts Council, Dr Rosa Solinas, who should have known what she was walking into – and straight out of.

Amid the Solinas chaos, the subscription lists have been lost. The orchestra no longer knows who its customers are and where they might be found. The document sent to Slipped Disc is part tragedy, part farce.

A UK consultant, Ed Smith, was flown in. The board did not like his sensible solution, so they hired another consultant.

The Ulster Orch has a new chief conductor, the excellent Rafael Payare, but audiences are weak and losses mounting.

There are no further musical remedies for this situation. A decision has to be taken at the highest political level whether Northern Ireland can sustain a symphony orchestra. If so, it needs to be funded by the Northern Ireland government. If not, well… let’s not go there.

The musical community in the north of Ireland is facing an unmitigated disaster.