The Mariinsky-reared diva has never bothered much with Moscow and never graced its historic stage.

But she has received a summons to Elena’s Obratsova’s 75th birthday event and will perform at the Bolshoi next Tuesday with her fiancé Yusuf Eyvazov, Dmitri Hvorostovsky, Maria Guleghina and more.

Forget about getting tickets.

We have received tragic news of the death of Christopher Falzone.

A Leon Fleisher student at Curtis, he won a fistful of awards, including Martha Argerich’s Virtuosos of the Future (2009) and the Blanche Selva (2010). He gave concertos with Michael Tilson Thomas in Los Angeles and Leonard Slatkin in Chicago, and a wide range of recitals in Europe.

He had technique to spare and made his own transcription of Busoni’s notoriously difficult piano concerto. But all was not well with his mental health and he was confined to hospital. He was unable to attend the Argerich festival last summer, prevented from doing so (he maintained) by legal restraints.

We do not yet have confirmation of the cause or place of death yesterday (Tuesday), but the loss is very great indeed.

The National Arts Centre Orchestra of Ottawa will open its European tour tonight in Edinburgh with a minute’s silence.

The concert will be dedicated to Corporal Nathan Cirillo, who was gunned down at the National War Memorial yesterday.

Rosemary Thompson of the NACO said: “It was frightening for all of us because the National Art Centre is steps away from the National War Memorial so the shooting that happened yesterday was literally at our doorstep. As we were flying to Edinburgh all of our colleagues were on lock-down in Ottawa. Many of our friends and family work on Parliament Hill so it was a frightening day and we are sorry it happened.

‘We will be dedicating tonight’s performance to the soldier that was killed.’

Steve Forman is a creative percussionist who started out in the Phoenix Symphony Orchestra and went on to become a sought-after session collaborator for the likes of James Taylor, Sarah Vaughn, Pink Floyd, Art Garfunkel and David Bowie.

In 2008, he gave up the studio work and moved to Scotland to develop and record his own diverse scores, and complete his PhD.

Now the UK wants to throw him out.

Forman, 68, has been teaching for the past four years at the Royal Conservatoire of Scotland in Glasgow, but does not earn much for his input. The Home Office in London says he needs to show income of £31,000 a year before they will agree to let him stay.

It is one of those absurd situations where a person bringing real benefit to the country falls foul of bureaucratic rigidity.

David Gilmour of Pink Floyd says: ‘We need innovators and mentors like him. I find it very odd that he is being faced with being sent back to the US when he clearly has so much to offer the next generation. It is wonderful that he has chosen to channel his unique talent into teaching. His skills and approach are totally his own and as far as I know there is nobody I know of like him teaching rhythm in the UK or even Europe.’

Steve Forman said: ‘Glasgow is heaven for me. It is Valhalla. I’m contributing. I’m not going to cost you a dime. I’ll pay for my own funeral. I just want to keep working. I’m teaching people what I know. All the other guys I worked with are polishing their Mercedes Benz and lounging by the pool. I don’t want to be retired. I want to empower other people.’

If you are Scottish, please email your MP or MSP.

Nick Clegg, the deputy prime minister, sounded off today about the ejection of a woman in a niqab from a performance at the Paris Opéra.

Clegg told LBC Radio: ‘She’s just in the audience. That’s ridiculous to stop it. What are you going to do next, throw people out for having tattoos?… I do not want this country to become like France where you start prescribing by law what people can wear.’

Baldur Brönimann’s ten proposals for changing classical music, which we flagged up at the weekend, has been read by 97,000 people and rising.

That’s a significant body of people who have declared an interest in change. They may not agree with all of Baldur’s the points, but they don’t want things to carry in the way they are. Emptying halls. No new faces. Stiff conduct. No surprises.

Click here to read his latest thoughts on the swelling response.

Concert halls shouldn’t become purified spaces where of presenting safe music is presented in a safe environment. Danger, risk, surprise and challenge should be at the heart of artistic experience.

Can’t quarrel with that. 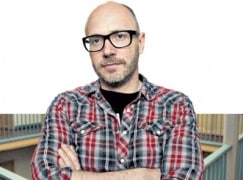 Alan Gilbert famously stopped a Mahler 9 when a cellphone went off.

A German maestro asked for an intruding bird to be shot.

Michael Tilson Thomas asked a front-row lady with a fidgety child to leave her seat.

Karajan would never have addressed an audience member directly in the middle of a concerto. If he found the situation intolerable, he would have quietly stepped off the podium for a handkerchief break and ordered someone in the wings to do something about it.

We have no record of any such incident with Karajan, either because audiences in those days were better behaved, or – more likely – because conductors were trained to turn on the tunnel vision and ignore anything that was not their concern.

Such as a fidgety child in the audience. That’s a house management issue. Or a matter for the audience itself to influence. Not a baton job. Karajan would have shut his eyes to it.

MTT, we think, made the wrong decision. People have conducted in far worse circumstances than this – in traffic noise, warfare, freezing cold and blazing heat. The conductor is there to get on with the job, keep his mind on the music and lead the best possible performance.

A scholar at Caltech was wondering if the music you listen to most says much about your intelligence.

So he collected the average SAT scores from ten colleges and correlated them against their ten most frequent “favorite music” page on Facebook.

Gospel and Beyoncé lovers had the lowest SAT scores. 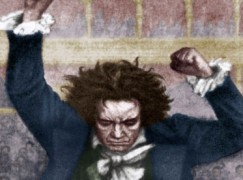 Yet another orchestra is facing abolition.

La Monnaie in Brussels has been ordered to cut its spending by 6.5 million Euros – shedding 4% on staff ad 20% on operating costs.

The government is nudging it to merge the opera orchestra with the national orchestra (ONB). Peter Caluwe, the Monnaie’s intendant, has come out fighting today in the media, but it’s sounding like a done deal.

Each of these situations is, for different reasons, fragile. But someone, somewhere, is going to have to take a stand.

Donald A. Shore, principal bassoonist of the Washington National Opera Orchestra for almost 30 years, has died at his home in Washington of brain cancer. He was 52. Placido Domingo, the opera’s former director, called him ‘a great artist’.

Stats just in show that Cecilia Bartoli’s recording of lost arias from the Tsars’ dungeons is promising to be the classical bestseller of the year.

Just shows what can be done when a major star thinks outside the box.

Take a look at these rankings:

Michael Tilson Thomas has given his version of events at a Miami concert, which he interrupted to request a front-row patron to change her seat.

He told WQXR:  The child ‘was moving around and leaning up against her mother, putting her head up on her mother’s lap,” said the conductor. “She was restless. And I’m sure she had no idea of how visible she was to the whole rest of the audience, not to mention people outside’ (the performance was broadcast to a video wall outside the hall).

Ahead of the third movement solo by cellist Rosanna Butterfield, ‘I thought, “how can I calm the situation down and make sure that the music can happen?” So I asked the mother in a very calm and respectful voice, “I’m sorry, it’s just hard for us to keep our concentration. Would you mind moving to one side?'” He pointed to some seats along the periphery of the stage.

The woman felt uncomfortable, and left the hall.

UPDATE: What he should have done. Read here.