Lisa and Ilsa Klinghoffer, daughter of the hostage murdered by Palestinians on the Achille Lauro cruise ship, have published a statement in tonight’s Met program, dissenting from the John Adams opera. Here is a slightly different version that they issued a few hours earlier via the JTA:

On October 8, 1985, our 69-year-old wheelchair-bound father, Leon Klinghoffer, was shot in the head by Palestinian hijackers on the Achille Lauro cruise ship. The terrorists brutally and unceremoniously threw his body and wheelchair overboard into the Mediterranean. His body washed up on the Syrian shore a few days later.

Beginning on October 20, 2014, for eight performances, a baritone portraying “Leon Klinghoffer” will appear on the stage of the Metropolitan Opera and sing the “Aria of the Falling Body” as he artfully falls into the sea. Competing choruses will highlight Jewish and Palestinian narratives of suffering and oppression, selectively presenting the complexities of the Arab-Israeli conflict.

The four terrorists responsible for his murder will be humanized by distinguished opera singers and given a back story, an “explanation” for their brutal act of terror and violence. Opera-goers will see and hear a musical examination of terrorism, the Holocaust and Palestinian claims of dispossession — all in fewer than three hours.

Since the Met Opera’s decision to stage “The Death of Klinghoffer” by composer John Adams became public several months ago, much has been said and written about our father. Those opposed to the opera’s appearance in New York have elevated his murder at the hands of terrorists into a form of martyrdom. To cultural arbiters and music critics, meanwhile, his tragic story has been seen merely as a vehicle for what they perceive to be artistic brilliance.

For us, the impact and message of the opera is much more deeply felt and tragically personal.

Neither Mr. Adams nor librettist Alice Goodman reached out to us when creating the opera, so we didn’t know what to expect when we attended the American debut at the Brooklyn Academy of Music in 1991. We were devastated by what we saw: the exploitation of the murder of our father as a vehicle for political commentary.

Over the years we have been deeply distressed with each new production of “Klinghoffer.” Critical views of Israel permeate the opera, and the staging and props of various productions have only amplified that bias. To have it now produced in New York — in our own backyard — by the country’s most prestigious opera company is incredibly painful.

We have always been strong supporters of the arts, and believe they can play an important role in examining and understanding significant world events. “Klinghoffer” does no such thing. It presents false moral equivalencies without context and offers no real insight into the historical reality and the senseless murder of an American Jew. The opera rationalizes, romanticizes and legitimizes the terrorist murder of our father.

Long ago we resolved never to let the last few minutes of Leon Klinghoffer’s life define who he was as a man, husband and father. Opera patrons will only see Leon Klinghoffer presented as a victim — he was so much more.

Our father was an inventor who loved to work with his hands. After his stroke, he continued to use his one good arm to repair anything that needed fixing. Every Saturday night he and our mother, Marilyn, would get dressed up and go out dancing. Family and friends meant everything to him.

He was on a cruise with our mother, celebrating their 36th anniversary with a group of lifelong friends who summered together on the Jersey shore, when terrorists took over the ship, announced a hijacking in progress, and separated the Jewish passengers from those on board.

The terrorist thugs who murdered Leon Klinghoffer didn’t care about the good, sweet man our father was. To them he was just a Jew — an American in a wheelchair whose life they considered worthless.

As the years have passed, we have tried to ensure that his murder would not be forgotten or, worse, co-opted or exploited by those with an agenda. We believe his ordeal should continue to serve as a wake-up call to civilized society about the dangers of terrorism. We have dedicated our lives since the tragedy to educating people about the danger of terrorism, and putting a personal face on victims and their families through the Leon and Marilyn Klinghoffer Memorial Foundation of the Anti-Defamation League.

Our father was one of the first American victims of Middle Eastern terrorism. Today with the memory of 9/11, the reality of al-Qaida and ISIS, and countless other attacks and threats, Americans live under the deadly threat of terrorism each and every day.

Terrorism is irrational. It should never be explained away or justified. Nor should the death of innocent civilians be misunderstood as an acceptable means for drawing attention to perceived political grievances. Unfortunately, “The Death of Klinghoffer” does all of this and sullies the memory of our father in the process.

A challenging piece of research by the violinist Mark O’Connor blows canyon-sized holes in the autobiography of Shinichi Suzuki, founder of the ubiquitous teaching method.

Mark refutes Suzuki’s claims to have been mentored by Albert Einstein and approved by Pau Casals. Most damning yet, he produces a document which shows the Japanese was rejected as a student in Karl Klingler’s class in the Berlin Hochschule. Klingler was a member of the venerable Joachim Quartet. Suzuki always styled himself Klingler’s pupil.

So the questions are: who taught Suzuki to play? And who approved his method?

My album of the week on sinfinimusic.com is by an outstanding pianist whose record career hit a brick wall when her label, EMI Classics, was carved up in a corporate manoeuvre set in motion by European monopoly rules.

Several fine artists have never been heard from since. 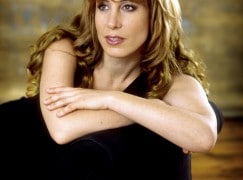 We understand that compositions by the outspoken pianist Fazil Say have been removed from next season’s Ankara programmes by order of the Ministry of Culture and Tourism.

State-funded orchestras are obliged to submit concert plans for approval to the Fine Arts Directorate at the Ministry. In a climate of increadingly authoritarian Islamism, the Ankara orchestra was told to abandon its plans to perform Say’s İstanbul Symphony, piano concerto and his newest orchestral work ‘Hermias — Yunus Sırtındaki Çocuk’ (Boy Riding a Dolphin).

Turkey has taken another step back to the dark ages.

Three weeks ago, the ministry imposed strict new female dress codes at the opera and ballet.

The diva has pitched in on the simmering crisis in her home town. Rome Opera has fired its orchestra and chorus and is looking to make ad hoc arrangements. Cecilia says they fired the wrong guys. Get rid of the politicians, she recommends, bring back Riccardo Muti and put competent artists in charge.

Hours before premiere,  the Met has released first sight of the controversial production.

The Jewish Daily Forward has published an extensive, balanced and carefully nuanced article on the current furore surrounding John Adams’s opera, The Deat of Klinghoffer, which opens tonight at the Met.

In it, the British director Tom Morris says: ‘One of the sadnesses … is that Leon Klinghoffer’s daughters have become estranged from it as a work of art… My wish would be that they would come and see that there is an extraordinary respect for the characters based on their parents.’

Peter Gelb says: ‘For people to call me a self-hating Jew is so ludicrous that it’s beyond chilling. It’s outrageous and unfair. I’m being victimized and being attacked, but it hasn’t lessened my resolve. To bow under unfair pressure is not something I would do.’

And Alice Goodman reveals that she withdrew from working with Adams and Peter Sellars on another opera, Dr Atomic, because she felt its original presentation of Robert Oppenheimer as a Faust-like character was antisemitic. ‘There’s no way you can tell that story with Oppenheimer as Faust and not have it be anti-Semitic,’ she says. Read Adam Langer’s excellent article here.

Message from the man, with video here.

A very emotional afternoon at the farewell party forSteinway Hall on W. 57th in New York. I’ve spent so much time here over the years, as has almost every great pianist in the last century; unforgettable memories which I’ll always treasure in my heart.

The eviction from the Paris Opéra of a woman wearing  niqab arouses new and disturbing questions that go far beyond operatic dress code.

The woman was asked to leave, ostensibly, because covering your face in a public place is an offence under French law. We must assume that this misdemeanour was overlooked by the hotel where she stayed, by the restaurants where she ate, by the tourist attractions and galleries that she visited, by the airports and stations by which she entered France. Only at the Opéra was her facial covering deemed offensive.

And by whom? By members of the chorus, who refused to sing to an audience member whose eyes they could not see. Would they have acted the same with sleeping Frenchmen in the front row? With an injured footballer in a protective face mask? With an accident victim undergoing reconstructive surgery? An unmistakable whiff of prejudice arises from the incident, along with a sulphurous hint of the racial tensions that run beneath much of French public discourse these days.

Should the chorus have the right to determine who sits in the audience?

Are operagoers bothered by what our neighbour is wearing, provided it does not distract attention?

Do we have more rights at the opera than we do on an aircraft to choose who sits next to us? Or who lies in the next hospital bed?

May a cardinal wear his galero to the opera? An asthmatic his smog protector?

Must overheated ladies surrender their fans at the door?

Are carnival masks not a western, European tradition?

Allen Forte, founder of the Journal of Music Theory and professor of Schenkerian analysis at Yale has died, aged 86. Obit here.

A British Sunday newspaper – one of the lower forms of life on earth – has reported that the head of strings at a minor public school is a member of a revolutionary communist party. The teacher in question has visited North Korea and claims to admire its regime.

We fail to see any public interest in this story. Can you?