In the new issue of Standpoint, I offer some reflections on the conflicted legacy of Christopher Hogwood, who died last month. 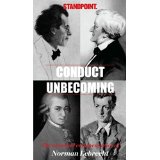 Hogwood was the first to create a mass market for period instrument recordings, and the first to shout out when he thought the early music movement had done all it could and needed to be wound up. I write:

His honesty went largely unheeded. Early music had become big business. Universities had chairs in it, monthlies and quarterlies were published, cities held festivals and competitions, ensembles once formed had still to be fed. Hogwood went to Boston to convert the venerable Handel and Haydn Society to period instruments. Though he stepped down from the Academy in 2005, he continued to support it financially while suggesting it served no further purpose.

In every revolution, there comes a moment the morning after victory when the leaders say, “What do we do now?”  Christopher Hogwood will be remembered as a revolutionary who asked that question and never found an answer.

The Maison de la Radio in Paris has been evacuated.

The seventh and eighth floors are affected.

Part of the area was under construction.

At least seven networks were taken off air.

Latest: Luncthime bulletins show smoke still rising, but report there were no victims in the fire. Watch here.

Not every cellist plays it straight.

This is the Amsterdam Cello Biennale this month.

Raising the roof at the finale, Mischa Maisky and Giovanni Soulima joined 2Cellos in the AC/DC hit Thunderstruck.

It’s the Chinese star and a 12 year-old kid having a crack at the crazy Turkish version of Rondo alla Turca.

Mozart will never sound the same.

We hear that a small party of six or seven privileged patrons was seen walking across the ROH stage behind the cast and chorus last night as Placido Domingo was taking his bows in I due Foscari.

Earlier in the day, the ROH chief executive announced plans to make the building ‘more accessible’.

After an absence of 12 years, Kyung Wha Chung prepares for a return to the stage that changed her life.

The general director of Florida Grand Opera, Susan T. Danis, has written to patrons saying its business plan is not working, there is nothing left to sell and there is no money for new productions. Unless vast amounts are donated, Florida goes dark.

The critical paragraph in her letter is this:

Since 2006, FGO has sustained only one break-even year. On average the company has not met its income projections annually, which has resulted in significant deficits. Our sole method for survival to date has been the sale of our assets. After the sale of our administrative offices in Doral is finalized, there will be nothing left to sell. Clearly the current business plan is not working. Our immediate response has been to cut $2 million from our production budget for the current season. Unfortunately, these four productions may be the only combination of repertoire that we can produce for $8.6 million, which represents a $2 million budget reduction. This isn’t a sustainable model.

Florida may be full of wealth retirees, but this reads more like another City Opera crash in the making than a San Diego phoenix rise.

As the General Director of Florida Grand Opera, I wanted to speak directly to you, a member of our family, about your opera company. Since my arrival two years ago, I have been evaluating the organization and examining the fiscal history, relationship of the opera seasons (repertoire and artists) to sales and audience satisfaction, and FGO’s presence in the community.

Across the country arts organizations are facing enormous fiscal challenges in the wake of the economic downturn. It is a bold, new world for the arts and for fundraising. Organizations that were in a solid financial position prior to the downturn are still facing challenging times. Struggling companies are facing an imperative to change and adapt immediately. Through my analysis of the organization I have discovered that FGO, your opera company, is one of these companies and the time is now to make a change for the future.

Since 2006, FGO has sustained only one break-even year. On average the company has not met its income projections annually, which has resulted in significant deficits. Our sole method for survival to date has been the sale of our assets. After the sale of our administrative offices in Doral is finalized, there will be nothing left to sell. Clearly the current business plan is not working. Our immediate response has been to cut $2 million from our production budget for the current season. Unfortunately, these four productions may be the only combination of repertoire that we can produce for $8.6 million, which represents a $2 million budget reduction. This isn’t a sustainable model.

We need to increase our focus on producing opera relevant to our community and strive to present the grand opera masterpieces that you enjoy so much. We have learned that there is a need to expand the awareness of FGO and increase our service to the broader community. Most importantly, past community support has not been at a level significant enough to sustain FGO. This has not been clearly communicated to all of you.

Plan for the Future

In partnership with the Board we have completed a strategic planning process and produced a plan for the future that I wish to share with you. The result is a Comprehensive Campaign which will empower Florida Grand Opera to embark on a new direction for opera in South Florida by maintaining our commitment to the classics that you love, rediscovering rarely performed, but fantastic gems of the repertoire that you haven’t seen at FGO, and scheduling works that look to the future of the art form and celebrate South Florida’s diverse community.

In addition to producing what you see on stage, we want to engage our community and invest in future audiences through expanded Education and Outreach initiatives that introduce children, families, and the younger generation of South Florida to the music and drama you and I both love. We are excited about the future and hope you are too.

To fund this vision, we are asking our community (that means you) to SAY YES!! to Opera in South Florida by being a part of our three year $17.5 million campaign.

And we are already off to a fantastic start!  The administrative staff and members of the production teams have come together and contributed to the cause to ensure the vitality of the company over the next three years. Additionally, our colleagues in the opera industry have agreed to support FGO through mutually beneficial partnerships.

Through these efforts, there is enough funding to carry us through this season. But the future of our company rests with you. To sustain the company for the future, reaching this $17.5 million goal is imperative, and we can’t do it without you.

I want to share the details of our plans with you. To do that, we are hosting several town-hall meetings to discuss the future of the company. The dates, times, and locations are listed below. We will also be reaching out to you individually to share our excitement about the future and to see how you can help.

I hope that all of you, when asked to Say YES!! will rise to the occasion of ensuring a successful future for opera in South Florida. We’re in this together, and I’m excited to embark upon this journey with you.

The venerable early music pioneer hates the Government’s culture policies and tells them so in a letter (below), accusing Madrid of ‘dramatic disinterest and gross incompetence in the defense and promotion of the arts and their creators’. The prize carries 30,000 Euros and great prestige. Jordi, 73 (pictured left), is not bothered by such things. 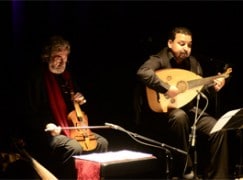 We hear from several trustworthy sources that the orchestra wants to get on with making an appointment.

Although Simon Rattle remains music director until the summer of 2018, the players want to end speculation and will announce a decision in the middle of May.

Given the paucity of available top flight candidates, that somewhat limits their options.

They could go for a short-term appointment, such as Daniel Barenboim, who has indicated he would be available to hold the fort for 3-4 years. Or they could take the plunge and start negotiating to release their chosen one early from his present commitments.

On the basis of general soundings, the present favourites would be:

2 Riccardo Chailly, who is committed to Leipzig and La Scala

3 Yannick Nezet-Seguin, under contract with Philadelphia, Rotterdam and Montreal.

The broadcast will be free, both in the live version and on-demand for 90 days.

The Metropolitan Opera is parting company with Peter E. Clark, director of its ineffectual press office. Clark is taking early retirement in March after 30 years at the Met.

Never a proactive press director, he is not personally to blame for the company’s negative media profile.

His departure is unlikely to get the Met off the world’s worst press offices list.