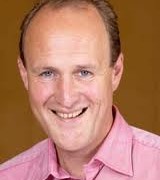 Increasingly creepy, underhand and paranoid, Arts Council England (ACE) is inserting a new clause into its National Portfolio Organisation (NPO) contracts for 2015-18, warning that applicants may lose their grants if  they speak or act in a way that has a ‘detrimental effect… on its [ACE’s] reputation as a distributor of public money or as a Government sponsored body.’

Happily, despite the Arts Council’s best efforts, England remains a democracy and arts leaders continue freely to leak their concerns to sites like ArtsPro and Slipped Disc. We’ll keep telling you what’s really going on.

Meantime, word is that chief executive Alan Davey’s desperate bid to grab the BBC Radio 3 vacancy may signify some deeper misunderstanding with his heat-seeking chairman, Peter Bazalgette, whose first executive act was to slash the grant of English National Opera, the company on whose back he rose to the ACE chair. Deeply creepy.

The ACE’s official line on gagging: “Regarding any actions that the Arts Council might wish to take to manage a reputational risk – we fully support artistic freedom of expression and would certainly not consider that using public funds for a play critical of the Arts Council would lead to any breach of our Funding Agreement, but an organisation undertaking any activity which was in breach of any legislation would of course be an entirely different matter.”

They pay people to write such things. They pay them with your tax money.