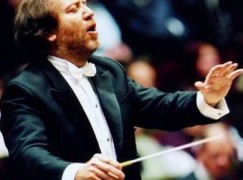 Chailly wins Record of the Year

The Gramophone magazine awards have been announced:

·         Riccardo Chailly and the Gewandhausorchester Leipzig, the world’s oldest orchestra, win Recording of the Year for Brahms symphony cycle – 150 years after relationship with composer began

Riccardo Chailly and the Gewandhausorchester Leipzig’s monumental cycle of Brahms’s four symphonies has been crowned Recording of the Year and was presented to the conductor at the event. The recording, issued on Decca, beat over 600 new releases to win the coveted prize.

The Gewandhausorchester Leipzig – the world’s oldest orchestra – cherishes its historical ties to Brahms. The composer himself conducted the orchestra for the Leipzig premieres of his first, second and third symphonies, as well as the world premieres of several other landmark pieces, making this a fitting homage to the great composer.