Last time at L’Enfant Plaza, the violinist made $32 and change as commuters passed him unnoticed. Today, the event was pre-announced.

When the Russian cellist Dmitri Volkov, 26, was found dead in bed four months ago, the Heifetz International Music Institute at Mary Baldwin College paid for the body to be sent home to his family for burial.

Now, friends are trying to raise $15,000 for a headstone. They are nearly there, a few hundred short. If you knew Dmitri and are inclined to help, please click here. 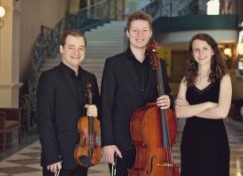 Dmitri was cellist of the Baltimore-based Russian Trio.

Leading figures in British theatre have announced the formation of Stage Directors UK, a trade group aimed at protecting directors rights and increasing their fees. They speak of ‘an increasing sense of anger and frustration’ at their lack of representation and appreciation.

Several have worked in opera. They welcome more members from the opera sector.

Membership is free until January to those who fill out the survey on stagedirectorsuk.com.

She’s speaking on the BBC’s Hard Talk, with special reference to the Glyndebourne fat pack.

The title is awarded by the monthly Opernwelt and the 2014 winner is….

Its music director Kirill Petrenko is conductor of the year.

Well deserved? We think so.

The Atlanta Symphony Orchestra has a new acting president in the driving seat today, a former executive of Coca-cola which once aspired ‘to teach the world to sing/in perfect harmony.’

There ‘s a long way to go before they reach that point in darkest Georgia. And a lot of questions for the new boss to answer before he can regain the trust of musicians and the musical public.

But all beginnings are hard and Terry Neal (pictured) will have at least the advantage of a clear head and a clean collar.

First, Neal needs to end the lockout, enabling the musicians to get back to playing while talks resume.

Next, he and they need to shut up for a week while both sides talk to the federal mediator. Media silence on both sides is a good way to repair broken trust. Go from lockout to lockdown by the end of the week, that’s out tip.

In the new issue of Standpoint magazine, out now on newstands, I examine the phenomenon of musical negativity. Why is it that musicians and music lovers are so disparaging of success, why so envious, so mean-spirited?

Painters, writers, even actors, make some show of generosity to colleagues. Musicians do not. Dancers are the most considerate of artists, ever concerned to protect each other from injury. Musicians, at the merest hint of false intonation, turn a freezing glare on the hapless offender in the ensemble, reducing him or her to a nervous wreck.

Ardent listeners take their cue from the professionals. Eavesdrop on the crowd leaving the opera house after a magnificent performance and you’ll hear less talk of the vocal glories than of the fluffed second-act entry in the woodwinds. BBC Radio 3 put up an online message board at the dawn of the internet. It was shut down after a daily deluge of abuse aimed at practically every presenter and performer on the network. The silenced carpers promptly started an independent forum, Friends of Radio 3 (FoR3) — a less friendly bunch of people you will struggle to find this side of the Islamic Caliphate.

There is a reason, there are several. If you want to read more, you’ll need to click here.

Vladimir Jurowski, who has held posts with Glyndebourne and the London Philharmonic since 2001, has signed a new rolling deal that will keep him in London for the next three years at least.

We hear also that he’s returning to Gly in summer 2017 to conduct a new opera by the Australian composer Brett Dean, based on the Hamlet story. Press release follows.

The London Philharmonic Orchestra is delighted to announce that its long-standing and celebrated partnership with Vladimir Jurowski, Principal Conductor and Artistic Advisor, will continue until at least 2018.

Since Jurowski’s Royal Festival Hall debut with London Philharmonic Orchestra in 2001, they have continued to forge an ever strengthening bond. The rapport continued at Glyndebourne, where the LPO is Resident Symphony Orchestra and Jurowski was Music Director (2001-13), and in 2003 he was appointed Principal Guest Conductor, before his current appointment as Principal Conductor in 2007. He took on the additional role as Artistic Advisor in 2012.

The original five-year contract, now regarded by both parties as on-going, will continue until at least 2018 and will see Jurowski working with the Orchestra for a minimum of 12 weeks a year both at home and abroad. In the forthcoming 2014/15 season he conducts the Orchestra in 44 concerts in UK, France, Italy, Germany, Spain, USA and Canada.

“As with all art forms, time is the most important factor in creating a valuable and distinctive musical relationship that bears real fruits, and although the LPO and I have enjoyed already a long and productive artistic collaboration over the past 13 years, I believe strongly that the best is still ahead of us. I am very happy indeed therefore to have the opportunity to extend our contract and emphasise my commitment to this exceptional family of musicians, and I look forward to ever deeper artistic explorations with them, both in familiar repertoire and towards new musical horizons. With the trust and support of the LPO’s creative and committed team, we can and should continue to develop bold and meaningful programmes, and take the risks that will allow the LPO to stand out yet further in today’s crowded marketplace, both in London and across the world.”

We have had an extensive conversation with Mikko Franck, music director designate of the Orchestre philharmonic de Radio France, whose absence from this week’s concerts provoked speculation that he had resigned.

Those rumours have now been quashed. However, the orchestra will stage a 24-hour strike on Friday, provoked by the resignation of its artistic administrator Eric Montalbetti and a general uncertainty about its future.

We caught up with the Finnish conductor at a hotel in New York and he gave us a full account of the latest Paris upheavals. His account is so frank and lucid it requires no further commentary.

Mikko Franck: I was supposed to rehearse the orchestra on Monday and conduct twice this week. However, ten days ago, I informed Radio France I would not sign the contracts for these two concerts. I explained my reasons in a letter which they have chosen not to make public.

All of us – the music director Myun Whun Chung, myself the music director designate and Daniele Gatti at the Orchestre National – were not happy. It is hard to understand how two very big symphony orchestras can be run with the same management. 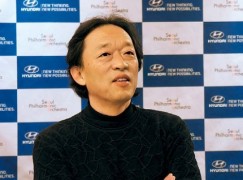 We were given this plan, without consultation, before the summer break. When we returned, Eric Montalbetti  my very close colleague decided to resign. That left me with no-one to work with on artistic planning for future seasons.

My contract as music director starts next year. Until then, I am contracted concert by concert. The reason I am not conducting this week is because, in my opinion, the reorganisation of the orchestras does not comply with what we agreed in my music director’s contract. I will not sign any more concert contracts until this situation is resolved.

As you rightly reported, I had a very long and positive conversation with the president of Radio France, Mathieu Gallet. He has been very supportive. I have a good rapport with him. I hope we can make things work well for the orchestra.

The musicians and I are on the same page. I hope I can come back to make great music with them. I would love to be in Paris this week.

Mikko Franck has not resigned as music director of the Orchestre philharmonique de Radio France. That is now official.

All else is fluid, uncertain and moving in various directions. We hope to bring you further developments during the course of the day.

The orchestra will strike on Friday.

Meanwhile, musicians of the Orchestre National de France had a long meeting with the director of Radio France who assured them that there is absolutely no project of a forced merger between the two radio orchestras. The meeting took place on Friday but has not yet filtered through to the unhappy musicians of the philharmonique.

These musicians are paying at the heart of the of Occupy Central Movement in Hong Kong, as a sign of their peaceful itentions.

Some are calling this ‘the most cultured protest in history.’

We have further reports of choral singing, mostly from Les Miserables.