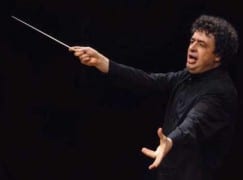 Stepping in for Lorin Maazel in Munich

The Munich Philharmonic has patched together a concert season following the death of their music director.

Semyon Bychkov will open, spending three weeks with the orchestra after the summer break and conducting four programmes.

A concert of Maazel’s compositions scheduled for his 85th birthday in March has been replaced with Richard Strauss.