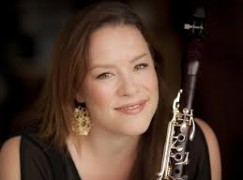 The stage unions go back into talks with the Met this morning, having offered a five-year wage freeze which Met manager Peter Gelb peremptorily rejected.

Expect him to climb down once more.

He demanded 16-17% cuts from the orchestra and chorus and settled for 3.5 percent now, 3.5 percent later. No huge pain for the musicians, but huge gain.

They have won the right to be party to major spending decisions, limiting Gelb’s powers as manager and probably shortening his time in office.

“The contract includes an unprecedented mechanism for greater financial oversight of the Met’s spending going forward,” said Jessica Phillips Rieske, chair of the orchestra committee. “We hope it will lead to better collaboration in pursuit of real efficiencies.”

Jessica is a heroine of this dispute: reasoned, and firm in her resolve.

The Gelb autocracy is over. He survives with fewer teeth and much less public credit, having yielded almost every point he tried to secure.

His PR will try to present Peter Gelb as a reasonable man, a conciliator.

In fact, it was the desperate measure of calling in a federal conciliator to solve the dispute that saved him from the consequences of his previous actions. Gelb the noisy cannon has become Gelb the liability.

« Can you sell an orchestra on TV? Don Draper can.