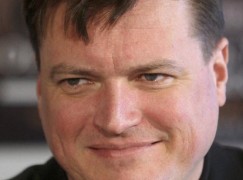 Opera in Dresden and Leipzig is on the up and up

The Semper Oper in Dresden (prop. C. Thielemann) has just turned in a 91.9 percent season, up 1.2% on last year. It can hardly get much better, even in a Strauss anniversary year.

Leipzig Opera (boss man: Ulf Schirmer), which has gone through a hard time, announced a 6 percent increase to reach 70 percent capacity. Way to go, but it’s heading in the right direction.

Someone, please flash these figures at hangdog Peter Gelb.